Static Limit is pleased to announce the release of their much-anticipated second studio album ‘Existentia’ on December 12th 2021. 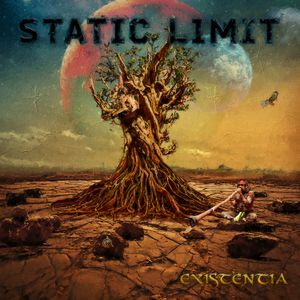 With Static Limit’s previous debut release being a series of individual songs, Existentia on the other hand is a series of individual songs and one long concept song broken up into multiple parts. Rom says “I’ve always been a fan of concept albums and wanted to implement a similar idea. It is something we didn’t touch in our first album, so now it is refreshing to give it our spin.”

The album will be released as a CD Digipak & Digital Album, featuring artwork by Art Alcantar. The full track-listing is below:

Static Limit was formed in 2003, currently featuring Rom Garza (keyboards, guitars, drums programming) and Diana Marie DeHoyos (bass). The band’s first album, A Thing About Machines, showed both an experimentation and exploration that was further developed in 2021’s Existentia.