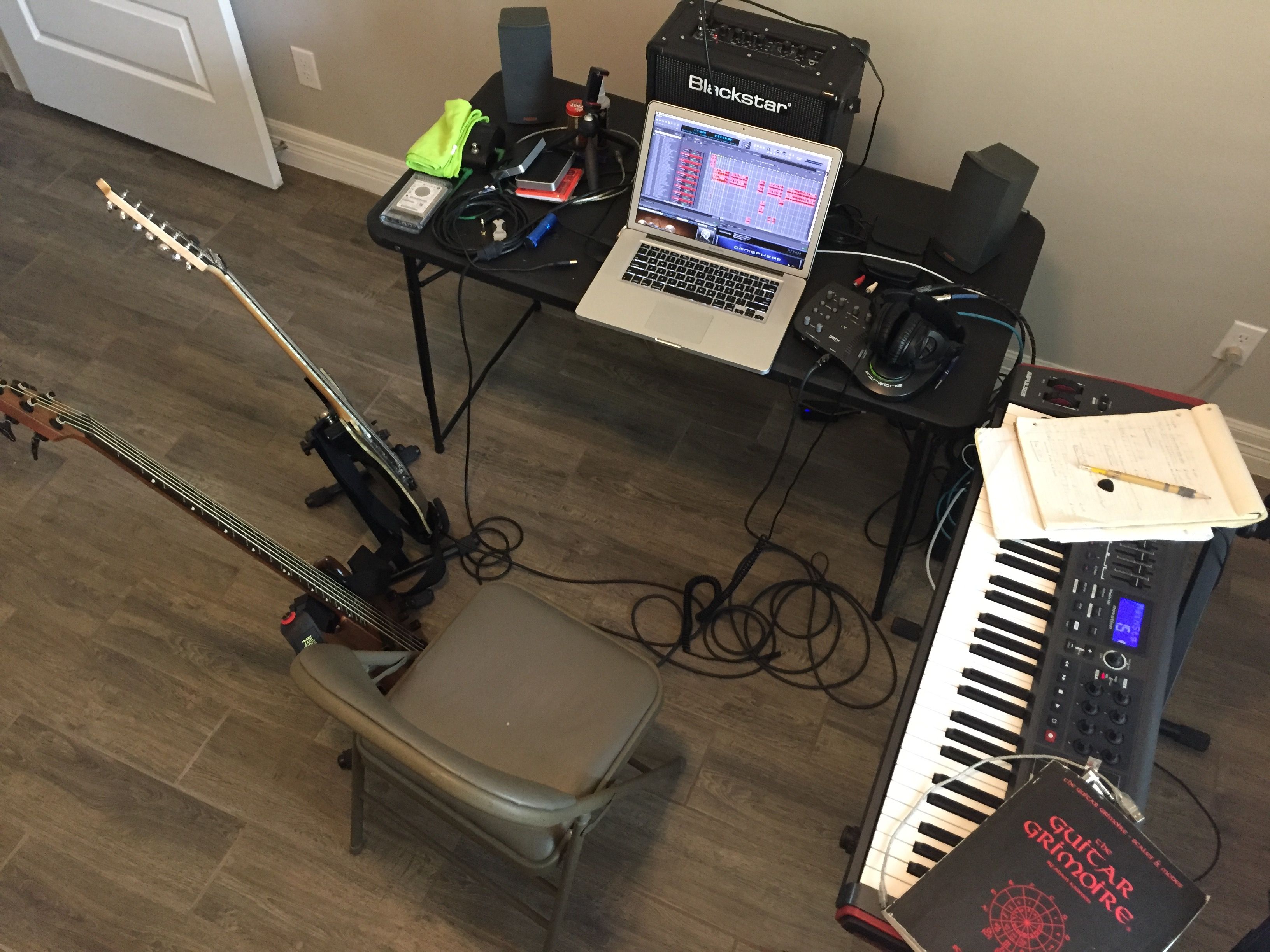 Hi everyone! When ATAM was released I still had so many ideas that I didn’t get a chance to explore  As a result I  have an overabundance of ideas on our songwriting table ; in fact, the writing involves so much that it is overtaxing my 2012 macbook pro. Yes, I will eventually upgrade but it doesn’t stop the creative outlet, even though I occasionally get CPU spikes. Furthermore, my new home studio is barely in the planning stages, and that doesn’t stop production.  I’m continuing to use Mark of the Unicorn’s Digital Performer 9 as our main digital audio workstation, which is great for the audio and MIDI integrated environment we need to produce/demo Static Limit music. On the upcoming second album you will hear both preset and custom sounds from IK Multimedia’s Sample Tank, spectrasonics omnisphere, and an assortment of loops and dialog samples from various developers. Other tools used for our latest demos have been produced with the help of Toontrack Superior Drummer plugin.  Stop by our Facebook page and listen to our video previews.  More previews are in the plans and will be made available as they are completed.  We just need about 5 to 8 more minutes of music to be composed and our 2nd album is written.  Soon after, as our schedules permit, we’ll commence recording the final tracks.  Recording & demoing with today’s technology is so convenient!  We are having a blast working on our 2nd full length album. – Rom